Last week…Wednesday’s budget was noticeable for the absence of any mention of the housing market. This oversight was met with derision from almost every organisation with an interest in the property sector. There has been a succession of housing ministers over recent years, each of which has introduced several, mostly ill-considered, policies which have effectively damaged the sector by tinkering with it, rather than by providing serious reform. 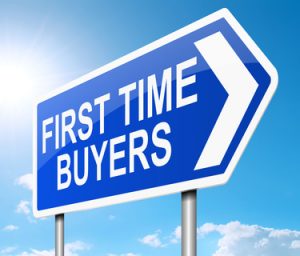 Of course, if you’re a regular homeowner you could be forgiven for asking “what’s the problem?” The British housing market has proven to be a secure and profitable investment that has withstood considerable economic stresses and has consistently outperformed many other investment sectors, whilst simultaneously providing a roof over our heads.

However, the problem lies in the very success of the market itself. As estate agents, we share our clients’ delight in securing another record price in a street; but how sustainable is this continual growth? And what are the social implications? The plight of the first time buyer, priced out of the market in many areas, must be addressed, but the government seems to be doing little to help. On the contrary, it’s banning of tenants’ referencing fees, combined with a massive hike in SDLT on buy-to-let investments, as well as the phased withdrawal of tax relief on mortgage interest for landlords, all conspire to disincentivise landlords from buying, thereby reducing stock and pushing up rents. What is being done to help the younger generation
Nationally, transaction levels are already some 25% down on this time last year (fortunately at City & County Estate Agents we have been able to buck this trend) and this will have a knock-on effect on the economy – not least from the home improvement spending that usually accompanies a purchase.

Despite this fall, the government’s SDLT revenues from residential sales in 2016/17 is expected to be some 13.6% higher than last year at a whopping £8.3 billion, due to the new way in which SDLT is charged. Could the government not have done something constructive in the sector from which it takes so much? And to apparently ignore the problem by not even acknowledging it mentioning it in the budget is an insult to a generation.