Some local sellers have approached us to sell their property following a less-than-impressive performance by an online alternative to “proper” estate agency. Although it is always tempting to say “I told you so”, we wouldn’t be so harsh with someone who has just been through the mill with the wrong choice of agent. 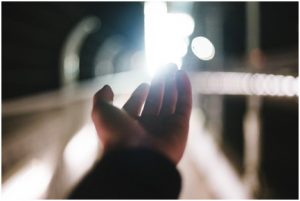 And it seems they are not alone. In fact, a survey* of over 14,000 sellers, the largest ever undertaken, has demonstrated that people overwhelmingly prefer to use a real, human estate agent for a variety of reasons. Ninety-three percent of sellers still prefer to use a traditional estate agent!

Those sellers who chose to use a traditional agent were asked whether they had considered an online alternative; 30 per cent had at least considered using an onliner, due to apparently cheaper fees, but then decided against. Seventy per cent of sellers said they didn’t consider using an online agent.

Despite the fact that so much of our world is now online – and often all the better for it – most people recognize that this does not generally apply to effective estate agency. For example, thirty eight per cent of sellers using a “traditional” estate agent said they did so because local knowledge was very important to them. Thirty five percent appreciated the value of a face to face relationship with their agent (which of course offers far greater personal accountability), seventeen per cent cited the importance of a local high street presence and ten per cent said it was simply more convenient than some presumably faceless online alternative.

It would seem that the only attribute an online agency has to offer is the temptation of an apparently cheaper fee (this was the main reason why 74 per cent of those who used an online agent decided to do so). But beware! This can be a substantial false economy as most online agencies charge up front, with no incentive to actually sell your property! Additionally, automated models cannot fully understand the nuances of local values and online agents are seldom involved in the psychology of selling, negotiations, sales progression, chain chasing, liaising with solicitors etc.
These observations are also well supported by actual results. According to recent research conducted by The HomeOwners’ Alliance, the top 1000 high street estate agents typically sell 82.4 per cent of homes listed with them (in 21 days on average), as opposed to just 51.9 per cent of homes listed with an online agent (in 43 days on average). The top 1000 agents also achieved a 4.5 per cent higher sale price v asking price than the online alternative.

Further research by city consultancy Jeffreys has projected that even the “hybrid” model of agency is unlikely to achieve even a ten percent market share in the next two years.
Choosing the right estate agent for your property type is an important decision, so don’t be tempted to cut corners; as most sellers will confirm – it usually ends in tears!
*Survey conducted by Property Academy