From a property perspective, it would appear that the latest budget was not enough to light November’s fireworks. Nevertheless, overall, it did hint at a surprisingly stable economy, with improved growth prospects and an apparent end to the tighter austerity regime. 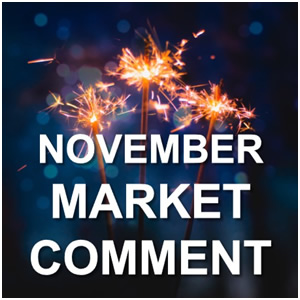 The one thing the property market needs is to find its own equilibrium with minimal government involvement. We know that a healthy property sector, based on reasonable sales volumes, is good for the economy in terms of jobs, home improvement businesses, SDLT (stamp duty) and VAT revenues. However, past “incentives”, mostly for political gain, but apparently designed to stimulate the market, have often artificially inflated house prices.

As estate agents, we are of course passionate about securing high prices for our clients. It’s what we do, responsibly, of course. But Mr Hammond’s budget, for the first time, recognised that the only way many people can buy their own first home is to do so via shared-ownership. So he abolished SDLT on shared ownership homes up to £500,000, although this is only expected to cost the government £5 million – not much in the grand scheme of things. Remember, shared ownership does not mean buying a property with another person; it means buying only part of a property and effectively “renting” the other part, usually from a housing association.

We believe that SDLT should ideally be completely overhauled, as the cost of moving for most people is at an all-time high – and this has little to do with estate agency fees, which are actually the lowest in the world!

Nevertheless, property prices have not fallen by the 10%-18% as the Treasury predicted in May 2016, as a warning in the event of a pro-Brexit referendum result.  In fact, they have continued to rise, by around 9% since then, with transaction levels 13% above the same time last year (source HMRC). Wage growth is actually increasing strongly and lending remains historically low, with unemployment at its lowest levelsince the mid-1970s.

Whatever happens with Brexit, it seems that people are once again prioritising a house move in response to lifestyle changes such as marriage, family, schools, jobs, divorce, downsizing, etc. They seem to be increasingly immune to the uncertainty surrounding Brexit and are getting on with their lives – a wonderfully British ideal that has stood the test of time.

Whatever your plans, please regard us as your local experts in property, and call us for advice on before you make a move.